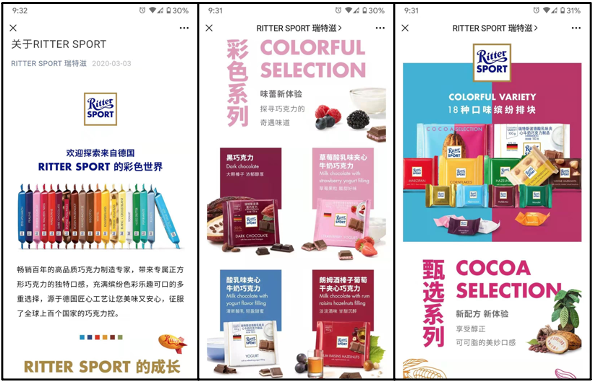 Ritter Sport is a family-owned chocolate company from Germany and has since become beloved around the world. The chocolate brand offers a wide variety of different tasty flavours, and has been selling these chocolate treats in China for several years already, through both offline retail and their E-commerce channels. Following a global rebranding, Ritter Sport  approached RedFern Digital to act as their China market partner, supporting them on localization, marketing strategy and paid media.

RedFern Digital’s digital and creative teams worked closely together to develop localized content and visuals that were appealing to Chinese consumers, while also remaining consistent with Ritter Sport’s global rebranding.

During Chinese New Year, RedFern Digital worked with the brand to create and execute a paid media strategy that brought sales conversions and brand awareness, especially as Ritter Sport had created a CNY gift box, called the COLORMAKER, specifically for the China market. As a part of the campaign, RedFern managed the collaborations with KOLs, choosing ones that have shown a track record of high conversion rates.